Self Awareness – A Story About The Grass Eating Tiger

Here, I want to share with you a Story of Self-Awareness

To all my Comment Authors and visitors of my blog.Today we each have an opportunity to REALLY begin “ANEW”!!

It is a Story from Ramakrishna Paramahamsa. He was an Indian mystic

and yogi during the 19th century, and his Tales and Parables are famous.

One of the Parables I like very much is about finding the true self. 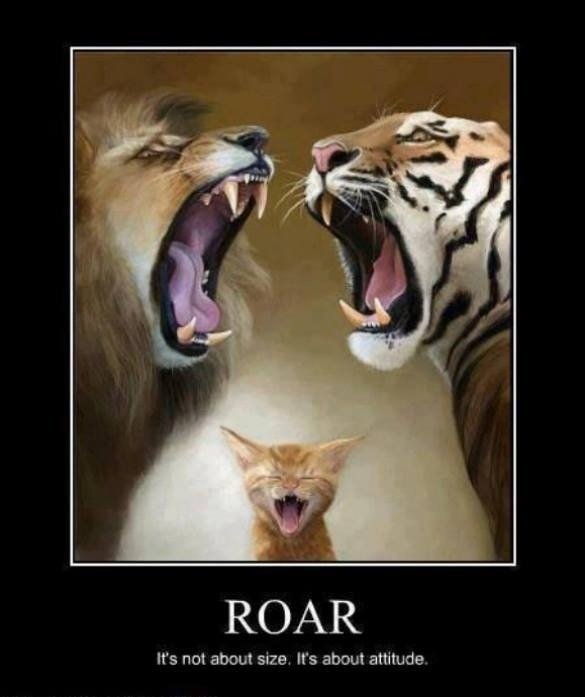 There are many different versions of this story, but I did choose this version from my Friend Mary Morrissey, she is really a master at telling and explaining the story. it is part of the Dreambuilder program. I hope you like it.

See also > The Chicken and the Eagle Story

Self Awareness – A Story

It’s about a pregnant Tigress who goes out hunting one day.

She finds a whole herd of goats. And she goes after the goats because she is very, very hungry.

She is ravenous. So she attacks them desperately, gets so tired, and runs so hard that she collapses in exhaustion and dies giving birth to her cub.

When the goats return to the field, they find the motherless newborn. Those goats decide to adopt him. So he grows up repeating behaviors like those around him. He bleats. And he eats grass. He believes himself to be a goat.

So this little cub who grows into a tiger now is wandering with the goats, acting like a goat, bleating like the goats, and eating the way the goats eat.

Then one day, a tiger, a big male tiger, comes into the goat herd and all the goats scatter except this little tiger. He is about a year old now, and looking at this big male tiger, somehow, he is sensing an affinity with this tiger. But he freezes in his tracks and stands there staring at the tiger.

A very still pond. He said, ‘Now look at yourself. Really look at yourself.’ The little cub looks at himself, and he looks at the big tiger and is confused. The tiger says, ‘Come with me, come with me.’ He takes him back to his den, and in the den, there is some leftover meat from a gazelle that had been his recent kill.

So he says to the little tiger, ‘Eat this.’ The little cub says, ‘Well, no way. I am a vegetarian. ‘ The tiger says, ‘Try it. Just try it.’ So the little tiger reaches over and takes a bite off the bone.

The Roar of awakening

In this Hindu story, when that little tiger who thought he was a goat reaches down and tastes some of the meat, at first, he chokes on the meat. He gags, and then a piece of that meat enters his bloodstream, and the cub begins to stretch.

He bares his claws, opens his mouth wide, and lets out a small roar for the very first time in his life.

That first roar isn’t very fearsome. It’s not yet all the roar that the tiger will give, but that first roar is called the roar of awakening. It’s the first moment this being recognized that he wasn’t who he thought he was.

He wasn’t limited to the kind of life he had been living, and there was way more for him. And so it is for every one of us. 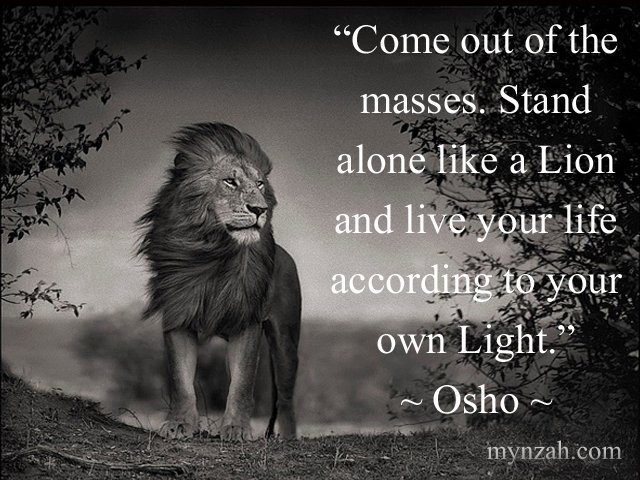 There is something very, very powerful in the shifting of your self-image from a personality with your history-driven understanding about who you are to a conscious, aware understanding of yourself, your Self-Awareness. 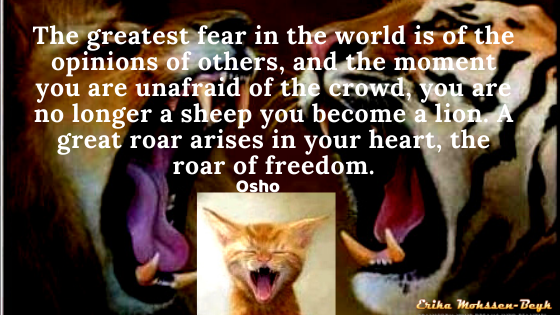 Also, watch a video from Mary Morrissey’s My Morning Mentor program for you.

It is a very powerful program that can help you to shift your life.

of depression. Here is one of the videos for you to enjoy.