Where Do Our Ideas Come From -The Universal Mind

What is the universal mind?

Thinking calls out of the universe all things into being. correct understanding of the fact that the mind in its formless state, can be enabled individually to be used is the key to the actual and successful mental work. Just knowing that we are surrounded by a creative spirit is not enough; to bring it in a form, it needs to be inspired by our conscious mind.
The spirit which is used by a human being to form ideas is the universal mind or God’s own spirit.

“Everything seen started with a thought before it was ever a thing”- Mary Morrissey. 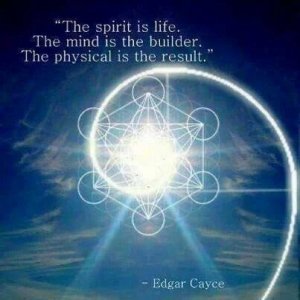 Where Do Ideas Come From -The Universal Mind

“There is a thinking stuff from which all things are made and which, in its original state, permeates, penetrates, and fills the interspaces of the universe.
A thought, in this substance, Produces the thing that is imaged by the thought.
Man can form things in his thought, and, by impressing his thought upon formless substance,
can cause the thing he thinks about to be created.”

“Produce the thought that, in turn, produce  the result you want”-Mary Morrissey

The German physicist Max Planck said:
“All matter originates and exists only by virtue of a force…
We must assume behind this force the existence of a conscious and intelligent Mind. This Mind is the matrix of all matter.” 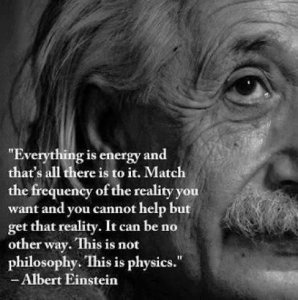 Where Do Ideas Come From -The Universal Mind

“My brain is only a receiver; in the Universe, there is a core from which we obtain knowledge, strength, and inspiration.
I have not penetrated into the secrets of this core, but I know that it exists.”

Rupert Sheldrake calls it the morphic field. He did interesting studies with a Dog.  Not only humans have access to the universal mind.

In the Upanishads, it is called Karana Chitta (superconscious mind).
The mind of light, the all-knowing intelligence of the soul. It is the mind stuff.

It was about 25 years ago when I studied the universal mind and spiritual philosophy, physics, religion, mind, and body.

I read a lot of books like the “Tao of Physics “ by Fritjof Capra, Sri Aurobindo, Jung, Einstein, Sheldrake, and Heisenberg….
I wanted to know where Ideas come from and how the universe works.
The place I loved most was the library; I read a lot. At that time, a computer was not like today in every household.

I did some experiments as well, and together with my friend, who was working with me. I had a store with organic fabric and wool, and we made dresses for fashion shows and people who could afford them .as you can imagine we had to do a lot of vacuums and did not like to buy these expensive paper bags. We meditated over a solution, and the idea came soon, we were going to make a fabric bag using the paper bag as a pattern.

“Solution comes as we connect with a higher level of thinking and knowing”Mary Morrissey.

We did, and it was amazing; we could empty it and find even all our lost buttons again. Somebody saw it and suggested getting a patent and selling it. We did not have the time, connections, and money for this, but I said if this theory, where do ideas come from is truly working, we will soon see fabric bags being sold because not only one has these ideas, but the universal mind will also give others the same Idea, and they may be interested in selling them.
It was not a very long time later that the first vacuum, including a fabric vacuum bag, was advertised in magazines, newspapers, and TV.

There are many stories I could tell; one is about intuition.
I went for a walk in the forest every day with my mother, one day it looked like it wanted to rain. My Mother wanted to take the umbrella, and I said to leave it in the car; the rain would start when we are back, and it was like this, we came back, and it started to rain; she wondered how I could know this?
It was the universal mind; she often did make jokes about it and said today is your wishing day again.

The universal mind is present all the time, everywhere, and we have access to this
infinite intelligence.
Everything.  for example, chairs and tables, our clothes, all was first a thought, an idea before it became a real thing. Like Edison’s light bulb or the telephone, and it is usually not only one inventing the phone we know Alexander Graham Bell created, but at the same time, there was a German working on it as well, maybe others too because we all have access to this “Land of Solutions,” as Edison called it.

The way this works, we can compare it to a computer, with our conscious mind (desktop) being what we work with and have our attention on it, our subconscious mind ( hard drive) being the files, stored and already programmed content, we can assess the superconscious mind (internet) infinite knowledge people, resources, more than we can imagine.

We create our whole life with the help of God’s own spirit, the universal mind, and intuition, but most by default.   God in the macro cosmos, Humans in the microcosmos.

“Pause for a moment and make contact with your real self… access the place of deep peace and wisdom whenever you choose”-Mary Morrissey.

See this interesting TED- Talk WHERE GOOD IDEAS COME FROM, by Steven Johnson.

Where do ideas come from?

Did you have experiences like this in my stories?

See also > Are You Aware Of Your Intuitive Mind And Creativity?