What You Shouldn’t Do When You Feel Like Quitting 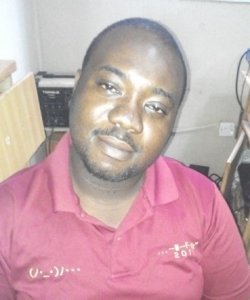 Here I will introduce you to my young blogger friend Awazie Ikechi .

As he said on his blog ,he woke up one morning and decided to make a change and

a difference in the world.

And he really does ,if you visit his blog you will be inspired ,he is an excellent

storyteller and you sure you will love his stories and they will make you think.

light to the world .

What You Shouldn’t Do When You Feel Like Quitting

James was about to make the most important decision in his life. He was just about to divorce

He had just about had it with life. It was just unfair and so biased. Nature was just so cruel.

James had pleaded with life to have mercy on him. He had begged life to give him much

abundance and had called on its power, the law of attraction.

But alas, it had been silent and allowed him to face so many challenges that he couldn’t bear.

So he decided enough is enough; there was no point going on. He was just about ready to throw

in the towel and allow challenges to create his story.

If only James had taken some certain decisions, he might have turned out different.

If only James had gotten rid of certain beliefs, he would probably not have been

1 Thinking about People who Quit Always

Whenever James faced a certain challenge, he had people to look up to. These people were his

mentors; his giants whom he could climb their shoulders,

But with these arsenals of people, James never seemed to make any progress in his life. Each

time he thought about his role models, all he wanted to do was quit.

He lost his passion for moving on.It seemed that his mentors fed him with so many negative

thoughts that he had come to trust their philosophy and wasn’t ready to question their beliefs.

What do you think these mentors fed to James’s mind?

Think of Someone Who Didn’t Quit. There are people in your life who are

where you want to be. Think about them.

2 Focusing on Weakness and Doubting your Abilities

James never thinks highly of his talents. He believes he is nothing special. While most people

wonder why James can’t see his unique abilities. He sees himself as a void in his world.

It is no wonder he is never motivated to make a difference.

All he sees is his weakness; all that is before him is his mistakes.He has always doubted his

ability and is never afraid to show it to everyone.

is based on external validation.

This is why James inner self has suffered from so much neglect that it can’t sync with James.

It is so hard for James to see what is within.

Trust in your ability to grow, learn and adapt. Making mistakes isn’t failure.

Success is learning from your experience and making amends.

Don’t be afraid to take your talents beyond its limit.

supposed to help people to solve their problems. His dream is meant to break barriers that

everyone thought was impossible.

But James keeps talking about his dream. When people ask him why his dream isn’t a reality,

he reveals that he is waiting for things to come together before this goal can be achieved.There

has to be a moment; a sign for his dream to come to reality.

Unfortunately, James has neither a plan nor has he taken any action. So when the big moments

don’t appear and he can’t achieve his dreams, James blames it all on external factors.

“Keep big goals at the back of your mind and the next imperfect steps in the front of your mind”. Dan Rockwell 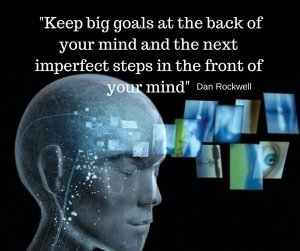 The Journey to achieving your dreams begins with a step.

Little goals are easier to achieve than big unrealistic goals.

Achieving little goals gets you faster to your big vision.

4 Exhausting Yourself Being the Best You

If there is one thing that James is known for, it is that he works so hard to a

fault.James is never satisfied with anything. Some people see him as a perfectionist

because he seems to push himself and wants everything so perfect.

He never tracks his progress; he disregards the help of others and never takes the time to recharge.

He fears rivalry and collaboration is an abomination.

He never seems to be grateful for anything and believes the world owes him so much. So it is for

anything and believes the world owes him so much. So it is no wonder that he has experienced

high dosage of anxiety and depression.

Always track your progress. It is great to be able to celebrate small wins

and then focus on what is next. Learn to recharge as your body and mind

need to be in a healthy state at all times.

An unhealthy mind is a workshop for negative thoughts and poor productivity.

5 Focusing on What You Can’t Change

When James was much younger, he was told that he had a single purpose on earth and if he

could find that purpose he would succeed in life.

However, as James grew, he found out that he had so many passions and he couldn’t figure

out his single purpose.

James was so frustrated with this fact and has since then, tried so hard to find his single purpose.

In trying to discover his single purpose, everything in his life has suffered tremendously.

James could not see how his passions could make a difference in his life. He did not know that

he could combine his passions to make a difference. All he wanted to do was just to figure out his

It is best to put your energy on those things that you can change.

It is not surprising why James would want to give up on life but what about you?

What decisions have you made when you are on the verge of quitting?

What decisions have helped you to face your challenges?