Role Models – Do You Want to Play a Role or be Authentic?

Do you have Role Models? What do you do with it?

We know numerous great personalities from history who amaze us with their accomplishments. We may consciously or unconsciously orient ourselves to them because they are good examples.
They can inspire, give ideas, and push us higher, even if we have never met them.

They show us that something is possible. When you see someone has done it, you know: It is possible, and I can do that too. Role models can also be encouragers. Also, realizing that a famous person can make a new start after a failure is encouraging.
But you also can look at the family: how did your brother or friend do it? Look at the potential of your family. What talents did your ancestors have, and what did they achieve? And a mentor can also be a good example.

“I think a role model is a mentor – someone you see on a daily basis, and you learn from them.” ― Denzel Washington.

Somehow I do not like the word role model. It reminds me of acting and playing a role instead being myself. To me, it seems like one of these slogans that influences young people since there is TV and social media.
I remember a time when we learned from good examples of people. We even had animals as an example: Soar like an eagle, jump high like an Antilope, be clever like a fox, and be strong like a Lion.
I wouldn’t say I like to play the role of a model. Instead, I would learn from their example but create my life being me.

What is a role model?

A role model shows social commitment, is brave, kind, likable, friendly, and intelligent. Whether it’s a celebrity, your brother, or a friend doesn’t matter.

Many young people dream of becoming rich and famous. The more often a role model appears on television, in magazines, or on social media, the more interesting it is, particularly for young people. Many want to emulate these role models, and that’s not necessarily wrong. But it would be good that these people’s biographies correspond to the truth.

Celebrities can be role models if they want to. With their reputation, they can draw the attention of many people to new ideas and promising projects.

Young people are particularly affected, and models are almost choked in by the media and provided with ideas of how they should be. Everywhere, on television or social media, the so-called role models are imposed on them.
However, this happens subconsciously, at least from the point of view of young people. The media deliberately exploit this to profit from it. The media have too much influence and try to manipulate us in everything we do.

“The problem with role models is they teach you roles.” ― Joe Hill.

Glorification and self-denial lurk when we forget who we are. These days we often see persons glorified in social media and news.

What do we even know about the people the whole world thinks they know? What is a facade, and what is behind it?

We see from them that they make a lot of money for their benefit and donate at most small amounts to appear as “benefactors” to their fans. (which saves them taxes),with a few exceptions.

The media portrays Celebrities often as perfect people, and young people, in particular, struggle to emulate them. 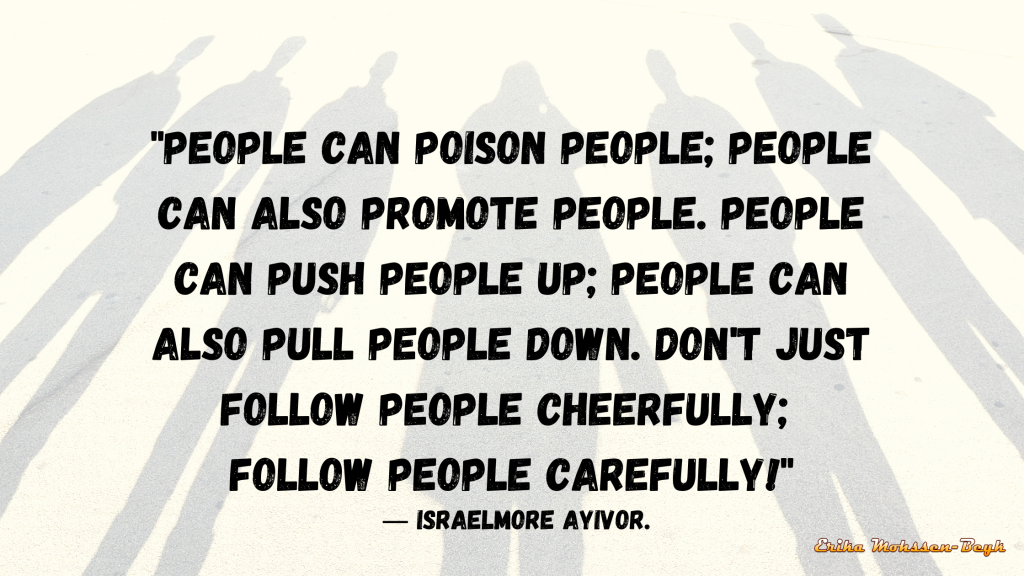 Celebrities are people who live far away from us, about whom we know nothing except what we learn about them in the media. We don’t know them, and we don’t know what character is behind the facade.  And this ignorance is no basis for seeing someone as a role model.

Some of them even pay the media to showcase them in a way that fits a misleading agenda. Good, a lot of truth about many of these billionaire role models is coming to light these days. If you feel attracted to these heavily showcased people, I recommend doing your research because some contribute to a sinister plan that affects the whole of humanity. They are for sure better called –  “Anti-role models.”

Role models can keep you stuck.

You will never develop your personality. Unlike you, your role models already have their personalities. If you try to copy them, you will fail in the long run because you will not develop your own identity. Instead, you try to live someone else’s life.

It is anything but motivating if you constantly compare yourself to your role models. It pulls you down because there will always be someone better than you, usually your role model.

The role model has very different strengths and weaknesses than you.

You can only be successful if you promote your strengths. Many athletes would never have been successful if they hadn’t had specific powers they specifically enabled. Sometimes it was just very inconspicuous things like jumping up exceptionally or being able to land extraordinarily, for example.

You will never make history if you copy your role models.

When Gutenberg invented printing, it was his idea, and he did not copy them. He developed the printing machine that made it possible to spread knowledge worldwide, as revolutionary at the time as the invention of the Internet. Or Tesla, for example, observed nature and got his ideas.

You will never develop innovative products if you only pant after a role model. You need your own ideas on which you can work and innovate.

It is a mistake if you want to become perfect and think that your role model is perfect. How do you know?

Suppose role models are a bad idea. What should you do instead?

There can be no human being who can serve as a role model in its entirety. But every human has individual qualities or talents that can motivate. Don’t take anyone as a role model entirely, but only take the virtues and qualities of successful people as an example to improve yours. 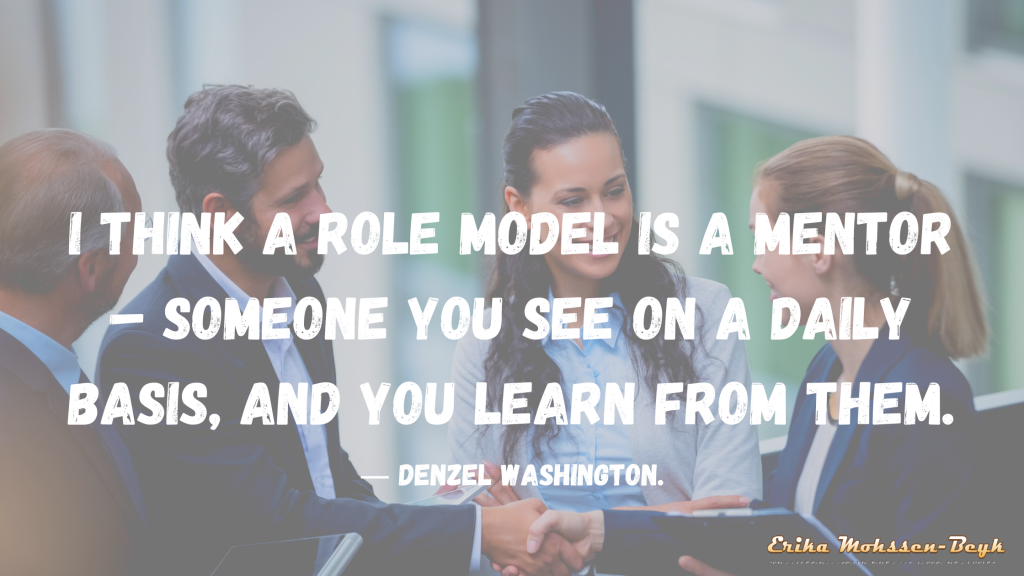 Should we take role models at all?

Maybe everyone should find their own way, independent of others. When we need someone to guide us or as an example, we are more likely to find people we know better as role models in the media. Do not forget your own qualities, and remember we all are born with an inherent genius potential.

So if you want to achieve something in a specific area:
Set yourself a goal. Always give your best, according to your potential
Never give up and be discouraged too soon. Get up when you fall and keep going. When you have achieved a goal, immediately set yourself the next higher goal.

Everyone is allowed to have someone to admire. Nevertheless, a role is for actors and models. Don’t act, Be authentic YOU and create the life you want to live. Do not forget to develop your own strength and talents. Choose your mentors wisely.

Read here. This post will help you > Study the traits of successful people and emulate them.