The Lost Knowledge of The Creative Power of The Womb

Do you know about the womb to heart teachings?

Are you aware of the creative power of the womb? It is the center of a woman’s strength. In the shamanic context and sacred traditions from ancient India, Tibet, Egypt, Gnostic Christianity, and Judaism, the womb is more than an organ. 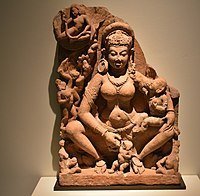 In the womb resides the magic and the power of creative energy. Utilizing this power of creation can also help in the birth of projects, careers, healing, spirituality, and relationships. The awareness of this powerful inner source for creativity, giving birth to conscious children, and spiritual growth can transform themselves and their male partners.

In the suppression of female energy worldwide, women have lost the knowledge and connection of the power of womb wisdom.

When my friend explained about womb to heart teachings, I am reminded that my Indian friends worship the goddesses like Parvati, Ma Durga, Shakti, and many more and chant “Jai Maa”. Also, I chant daily the Gayatri mantra and saw it even recently in the book ” The Wisdom Codes”.  I think it is important to remember these traditions again in the western world. It may be important for our future new world.

Here is a guest post by my Friend Maureen Walton. It is her passion and mission to bring new awareness to the wisdom of the womb.

Thank you for sharing your story and wisdom, Maureen. 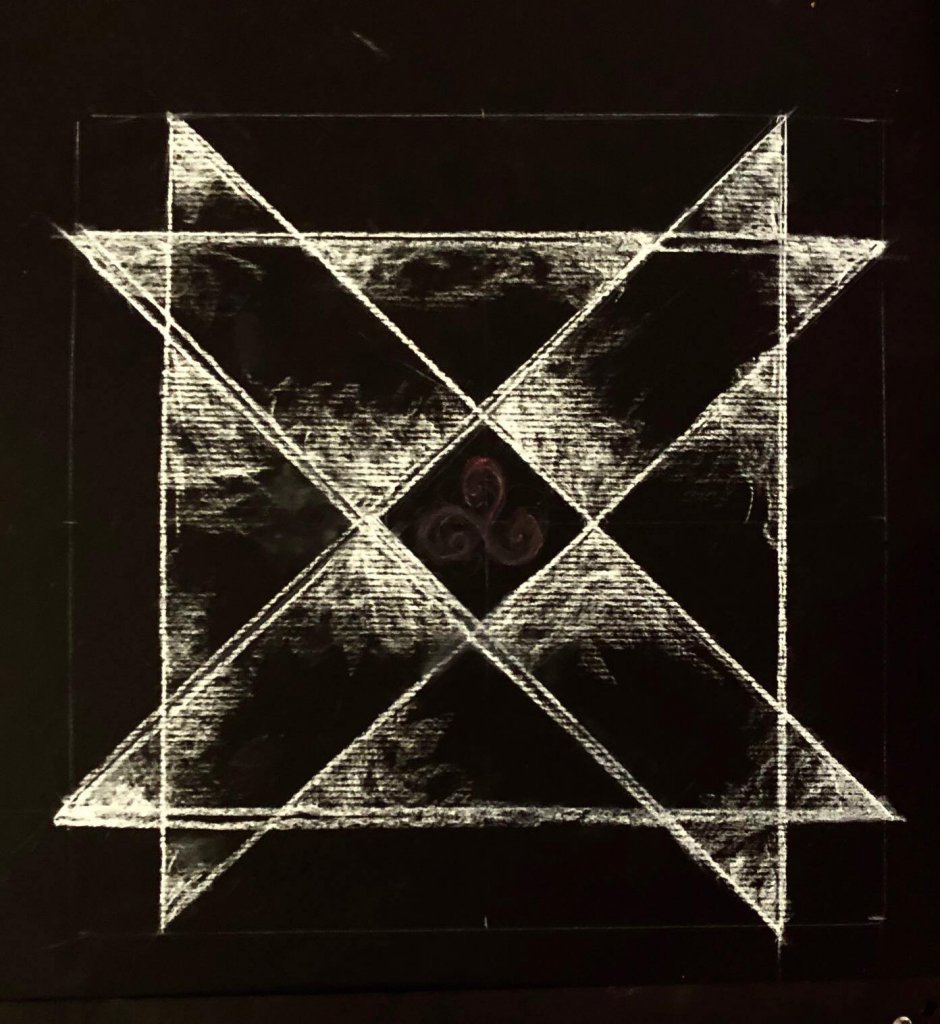 Dark of the Womb

We have been steered away from knowing and accessing the power of our wombs on a daily basis. They are as powerful as the heart and brain yet ignored and considered  “just a baby machine”- as if that is not enough!

I was led to explore and uncover the workings of the womb after receiving teaching from the Qero Indians of the Andes in 2009 via an American psychologist who studied with them over a 10 years period.

The Qero were a tribe within the Inca nation, that were sent to hide in the mountains with many sacred teachings. Thus protecting their destruction at the hands of the invading Spanish. This took place 500 years ago. True to their word they remained there and did not descend until the 500 years passed. That was in 1950. They were welcomed with great celebration and began to share. But not until they had learned the new languages and much more.

When my teacher Cindy Lindsay received this heart to womb teaching it was already the late 80’s. There was already some distortion in the practice and the women were being pushed to the background.

In 2010, when I  invited that same psychologist Cindy Lindsay to teach at my home, I had erected a small Mongolian yurt to serve as a sacred space to support this Womb technology.. Women meet here in the magnetic darkness to receive wisdom each month from then until now. 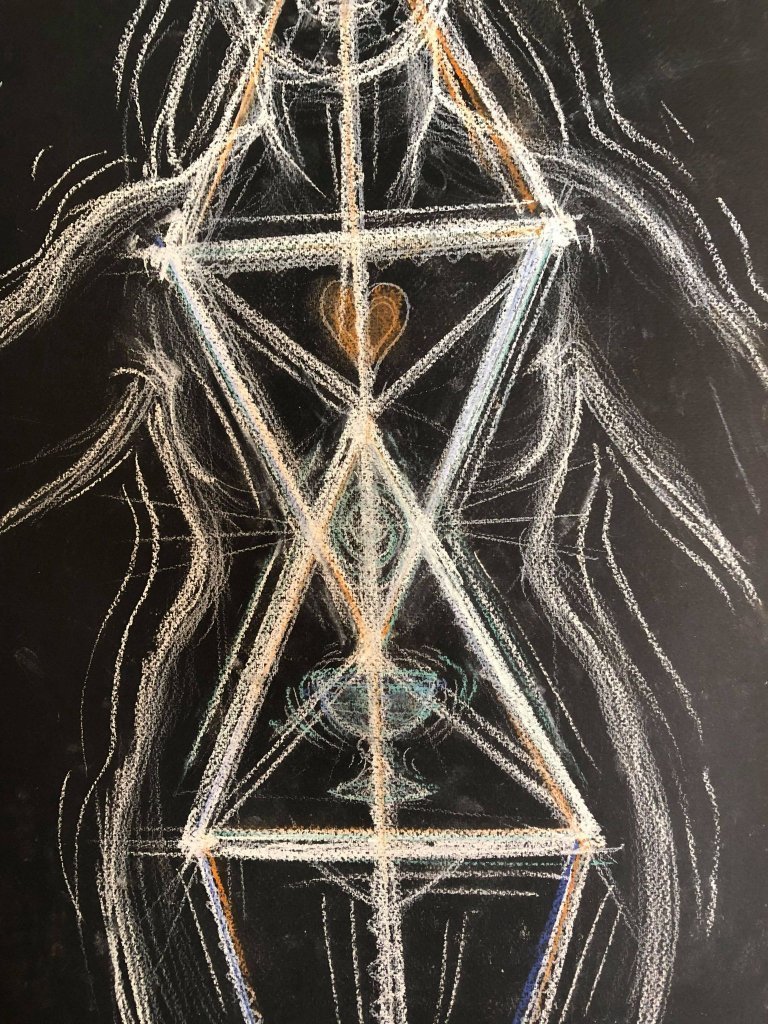 After this retreat, my teacher moved on to follow another path. I was left on my own with no direct contact with anyone else who carried this specific Womb to Heart teaching. So I decided the best way to maintain what I had learned as well as pull in the lost levels, was to engage in the Andean medicines. Which I did for 6 years. During this time I also hosted small retreats at my studio home in the country, to share what I knew of the womb wisdom.

I was not successful in finding any other actual womb technology teachings anywhere else. Aside from clues that systems did exist all over the ancient world. But no actual details of the methods, as the Andean practice offered.

Therefore, I was excited to receive a fuller understanding through the Aywaskaa ceremonies. As well ideas came through in my art-making. I also did some soul searching with my small group of womb-wise women in my community who studied other paths that fed my searches, such as tantra, astrology, and mysticism. The other important support I seemed to have was from the energy of the land on which I lived. That being the land of the Iroquois Peacemaker group, three of whom were powerful women who worked with the womb mysteries about 1000 years ago..

So I will share here a small portion of this vast subject. The meditation I received was a sacred geometry that held the potential to maintain a perfect balance of male and female energy within as well as holding a way to import direct source Cosmic Soul energy, which of course the womb itself was a repository for. I learned that the trauma we carry surrounds the womb but never enters within it.

The presence of this divine Cosmic Soul energy imbues the womb blood, making it the sacred elixir that it is.

The meditation also provided a way to redirect the energy of the elixir gestating in our womb, to our hearts, bursting it through to our regular bloodstream and transforming it to a high divine level, flushing out all the karma laden energy contained in the blood of our veins.

This process brought us to enlightenment or superconsciousness very fast!

Once we learned the technique a woman could engage in this redirection practice whenever she felt ready. 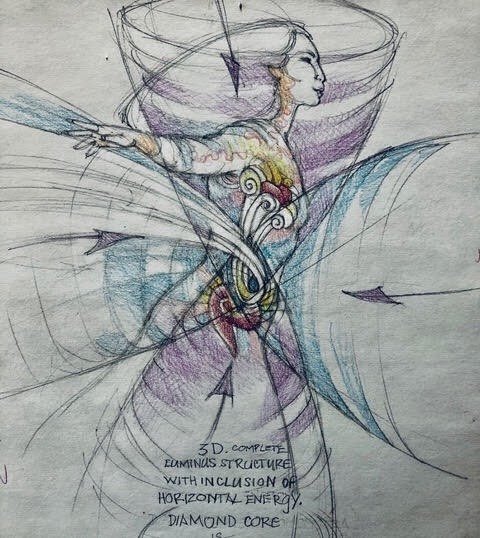 One asks, why are we currently wasting this precious elixir, and did we always? Losing our blood surely weakens us and may not be a natural process. If we were in a supporting balanced environment, as our sisters were only a few hundred years ago on Turtle Island, we would, on average, probably only have some spotting on the first day of our cycle.

My proposal is that the second level of this practice is what we call parthenogenesis. This is accomplished by using the same principle described but without redirection and is the method available for women to self conceive and call in an already enlightened being!

The reason a man cannot be part of this is because of the karma and ancestral bloodline present within him, which would contaminate the womb. We also know this practice was well known and honored in pre-patriarchal times. The Parthenon (or temple of parthenogenesis) is one such proof.

Stories abound globally of parthenogenetic births as well as of enlightened women who were called “Mothers of Nations.”

According to some Swamis, when parthenogenesis was alive there were 1000s of enlightened beings on earth at one time. Now one must work for lifetimes to achieve this level. Only 100 or so may exist at one time on the planet.

Why not do some of your own research into women like the Buddha’s mother or the Iroquois Peacemaker women. Pavarti of India self-conceived Ganesh and Ixchel of the Mayans self-conceived and many more.

The great ‘Mothers of Nations’ are recorded in early greek myths as teachers of Socrates for example. Ilta of Ireland and Jigonsaseh of Lake Erie in Canada are also recorded.

The magic of the womb is always here and ready to be activated whenever we are ready. 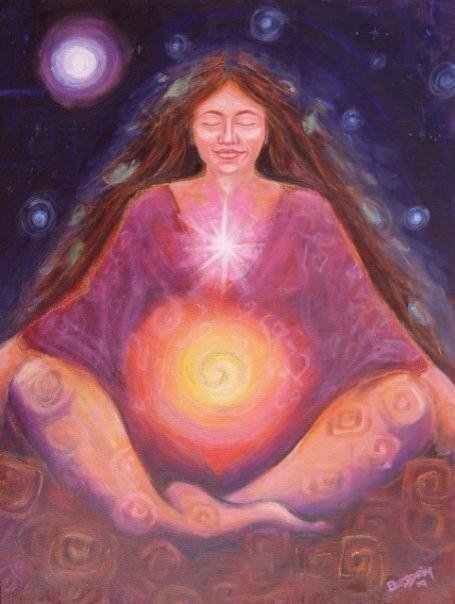 It’s true we need to be together in nature, away from nuclear power and A.I., and not separated into nuclear families if we are to work these technologies in a sacred way to their fullness- But if even a small group meet each month to sit quietly together in the warm nurturing Darkness in a natural setting, bringing loving awareness to the womb space, we can begin to transform. Awareness will blossom and we will begin to re-member our lost and hidden sacred arts of the womb..

We are magnetic forces with the power to attract in the Cosmic Soul essence to enrich the planet, ourselves, each other, and the men. The man’s gift is his heart and spirit. The woman’s gift is her womb and cosmic soul. Remember the cosmic soul is not like the human soul. There’s a big difference. The Cosmic Soul is pure Wisdom, feeling, and inner strength untainted by tangled emotions, 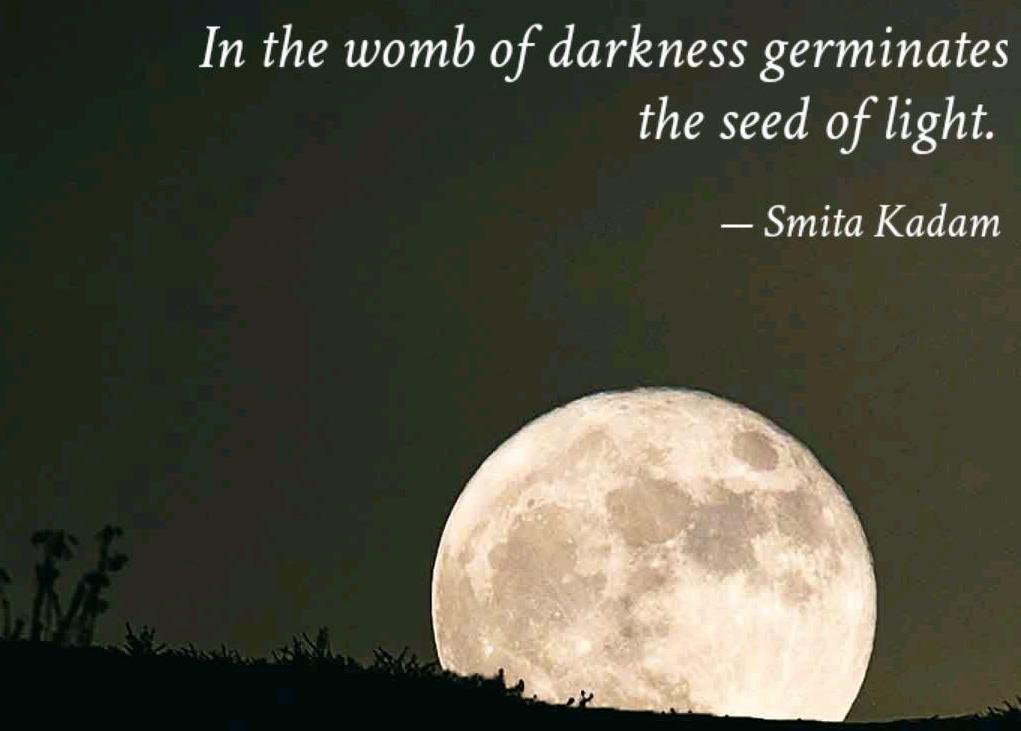 Maureen has been a professional artist who worked in the fields of animation, fine arts, and later as a mural artist in the schools. Her education was extensive world travel in her youth. After learning a pre-contact womb technology system from the Andes in 2009, she began to host Womb Wisdom retreats dedicated to this art form, from 2012  to 2019. After retiring in 2019 she dedicated her time to writing a book about this heart to womb technology from the Andes. Maureen lives in her studio home on two wooded acres on Tyendinaga Township, On. She aims to publish her book in early 2022.

I am looking forward to reading Maureen’s book to know more about this lost wisdom and how to use it.

To learn more about Maureen Waltons work visit her website

See also Have You Ever Thought of Darkness and Silence in this Way?