Recently I saw circulating that some people are not happy with wishing Happy Holidays; they would like only to say Merry Christmas on the holidays. This made me think of a few stories I experienced. I have been thinking for a while about which one to tell and decided to tell an older one because the other one is from not all too long ago, and it makes me feel sad. But this one I could laugh about in between. 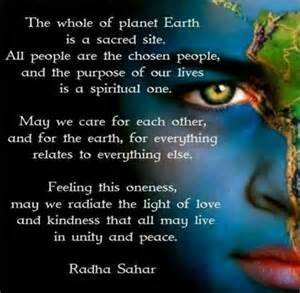 A few years ago, I was often on the way from Germany to Canada, and I had to go to the bank to exchange money or pay for my flight. There was a man working in the bank in a good position, and I thought he should be educated.

One day he asked me where I was going, and I said Canada. Canada, he said with big eyes, you are going to freeze there; it’s too cold. I told him that Canada is a big land and there are parts where there is ice, but some parts are not much different than Germany. But it’s a foreign country, he said. Not for me anymore, I said; you know I have been living in other countries as well.

He started to mumble, I am not against foreigners, but I do not like what they do. What are they doing? These Turkish people here make me upset, he said. Why? They work in the garden on Sundays when we go to church. I told him that I am as well working in my garden sometimes on Sunday and enjoy it. Don’t you know that some people have Friday or Saturday instead of Sunday as a free day?
What about Christmas? He said there are people who do not have Christmas, I told him, wondering what he had been doing his whole life not to realize this. But they live here, and they have to adapt and do what we do and speak how we speak; they do not even speak good German.

I was totally down and did not know what to say to somebody like this. Also, I never thought in our time something like this could happen. I asked him if he had never been to another country like the other people I knew. He looked shocked; never would he go over the border; too dangerous; too many terrorists these days, he said. Every day in the News on TV, I can see what is going on in the world. No, no, he never would cross the border.
He thought that I was courageous to go to another land. I said what a wonder I am still alive.
This was about 14 years ago. I would never believe this if it would not happen to me.

Update 2022: It was now more than 20 years ago. Did it change? In the last few years, I had the impression not much has changed.

Do we really have to think even Christmas or Holiday?

I have been with a friend from Sri Lanka in her land, visiting and staying with her family. Every day friends came to see us. Some were Muslim, some Hindu, some Buddhist, and the family I stayed with were Christian.

One by one, the ladies or sometimes men came and took me to their temple to show me. I saw the most colorful statue of Jesus over there (I think this bank man would have been upset with them), and they celebrated everything together.
All the friends came together at a Christian event, not only Christ’s. These people celebrate all events together, whether Eid, Diwali, Christmas, or a Buddhist holy day. This is nothing to think even about to them; even though there were soldiers on every corner of Colombo, and the land was divided, it is not the people who make war.
We live here in a land where there are people from many cultures and many traditions; we are lucky and can learn from each other. And if we do not yet realize that we are all one, it is very sad. 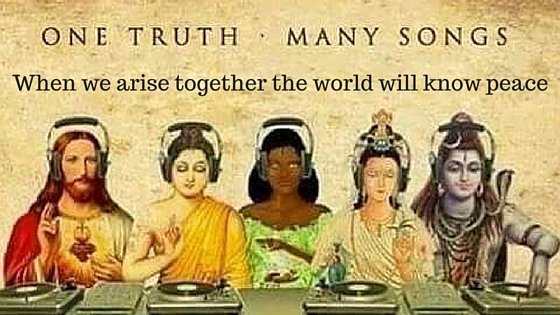 Would we not better create more Holidays instead of more Remembrance days?

In my opinion, we can say Happy Hanukkah, Happy Diwali, Merry Christmas, or whatever event it is; easier would be Happy Holiday, good for all.
Let’s celebrate life.

What is your opinion? I hope it made you think?

Read the Story of my Friend Ravinder Taylor; she is a born  Sikh, not a Christian, and is writing about her childhood experiences with Christmas.

The Real Spirit of Christmas

As a child, Christmas was a very interesting experience for me. My family was not Christian, but I was brought up in England at a time before the separation of Church and State. As such, we did not celebrate Christmas, and I often felt like I was on the outside, peering into windows and watching the gaiety of everyone else’s celebrations. But this is no ‘poor me’ kind of story as there was something much greater than I gained as a result.

My parents were very interested when it came to Christian events at school. Basically, if I told them about plans my class/school was making and asked for permission to participate, they would invariably say no. However, if I didn’t specifically ask permission, then they were fine with whatever I chose to do. As such, there were years that I did not participate and years that I did.

When I was in junior school (age 6-11), the weeks coming up to Christmas always meant the class learned a carol that we would sing in church. The school’s carol service was about the only time that I entered a Christian church and I always found it very awesome: the stained glass windows, the smell of the wooden pews, the angelic-looking kids in the choir, and the reverend in his white surplice. It was all very foreign to me but also totally magical. One year I also took part in the nativity play!

As a non-Christian, I loved it when people wished me a Merry Christmas. I had great reverence for their religious beliefs and I definitely shared their sentiments for the season of goodwill to all men. My family sent Christmas cards out of respect to our Christian neighbors and also to our non-Christian friends, and we were very happy to display the profusion of cards that we received. We had no problem wishing everyone a Merry Christmas. To us, Jesus was a good man who should be remembered, revered, and (as with all people of faith) respected.

My friends would talk about how they would be celebrating Christmas, and this invariably involved the Christmas tree, piles of presents, and the huge Christmas dinner. I have to say that I really envied them that. Christian celebrations were simply more fun than Sikh celebrations. With all of this, though, I created my own ideas about what Christmas meant to me. The birth of Jesus Christ became symbolic of purity, hope, and joy: it was very much about new beginnings. Christmas carols were all about praising and remembering something greater than our everyday mundane lives. The Christmas tree symbolized the flora of the world that would soon show signs of new growth again: the lights on the tree were just a reminder of the light within—a part of Gaia herself. And of course, there were the traditional movies that would be shown throughout the Christmas holidays, all of them emphasizing the virtues of goodness, love, and hope. To sum it up, I was a non-Christian (actually a pretty devout Sikh) who loved Christmas and was in awe of the symbology behind the celebrations.

Once I was older and had left home, I found myself incorporating more of the other aspects of Christmas. I had a Christmas tree at home, exchanged gifts with friends, and joined them for Christmas dinner. And ever since I met Eldon, we have created our own Christmas traditions, all honoring the deep meaning behind it all.

The Value of Christmas

My story is actually a very common one, but with one difference. Around the world, just like me others too were viewing Christmas celebrations, eventually deciding they too wanted to participate in the festivities. But political correctness became an issue, so now people sing Holiday songs instead of Christmas carols; they put up Holiday Trees instead of Christmas trees. The nativity scene has almost been abolished, and the plethora of gifts is no longer a way to give thanks for a hopeful future. In short, the new Holiday season is full of consumerism and overindulgence, and as such, the magical period of reflection and awe is being lost. The season of goodwill and peace to all men is often replaced with noisy parties that leave you saying: What was that all about?

Do you have a similar story?

Would you tell us your story?